CMS announced that they are planning several changes to Meaningful Use criteria that would apply to the current 2015 demonstration year. While the final ruling will not be revealed until spring, it is still important to take some time to see what might be coming several months from now. Here are the three main proposals, taken directly from the original post:

What do these changes to Meaningful Use mean to you?

It is hard to say exactly what modifying “other aspects of the program” really means, the third bullet point gives us something more concrete to consider. Currently, all providers attesting in 2015 must report on the entire calendar year (unless this is your first year of attestation, in which you can choose any 90-day period). If the proposed changes to CMS do make it into the final ruling, ALL eligible professionals demonstrating Meaningful Use in 2015 will only have to report on 90 days.

While it may be tempting to take this possible rule change and slow-down your ongoing Meaningful Use preparation efforts, don’t make that decision just yet. Remember this proposed modification is just that: a proposal. Imagine that you delay your MU implementation efforts until CMS releases their official ruling in the spring, only to find out you are still accountable for reporting on the entire 2015 year. This could put you almost a half-year behind, creating a hectic and stressful last six months of the year. Avoid this problematic scenario by moving forward with treating 2015 as a full year reporting period.

You should also consider the fact that, eventually, reporting on the full calendar year will be standard practice. While only having to focus on 90 days may seem like an appealing way to lessen the load on providers and staff, this could make for more stress in the long-run. If you already planned to report on the full year, sticking with that goal will make future attestation years much less daunting. Providers and staff will have become more confident and well-versed in what they need to do in order to demonstrate successfully. In contrast, relying on a 90-day period could make the transitions between reporting and non-reporting periods jarring. Keeping up a continuous effort throughout the year ensures providers and staff will maintain and internalize newly created workflows and processes, rather than turning them “on” or “off” depending on what the reporting calendar calls for.

We will have to wait until spring before we find out exactly what CMS will be requesting of eligible professionals. In the meantime, your best approach should be: Stay the course. 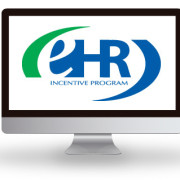 Webinar Replay: How to Prepare for Full Year of Meaningful Use Reporting

CMS Meaningful Use Final Rule - What EPs Need to Know

Meaningful Use Stage 2 - Why You Shouldn't Wait to Get Started

4 Tips to Get Through the New Meaningful Use Reporting Period

Allscripts TouchWorks EHR: Don’t Outrun Your End Users in the Race for Meaningful Use

4 Key Meaningful Use Changes Going into Effect in 2014

Meaningful Use e-Referrals in 2015: What You Need to Know