Blog
You are here: Home / Blog / Education / 4 Key Meaningful Use Changes Going into Effect in 2014

As the last 90 day reporting period for 2013 rapidly approaches, those that have not attested for Stage 1 may be evaluating whether to do so before year’s end or look ahead to 2014. Those that have attested are likely ramping up for Stage 2. In either case, there are a number of changes to the meaningful use objectives, measures, exclusions, and certification criteria of which to be aware that are going into effect in 2014.

Back on September 4, 2012, CMS released the Stage 2 Final Rule and the ONC published their complementary 2014 Edition Standards & Certification Criteria. These established Stage 2 of the Medicare and Medicaid EHR Incentive Programs and updated Stage 1. Around the same timeframe, many providers and organizations were in the process of completing EHR implementation or upgrade cycles to be Stage 1 compliant (pursuant to the 2011 Edition EHR certification criteria). EHR technology certified on the 2011 criteria can be used to attest for reporting periods prior to fiscal or calendar year 2014. For instance, those using Allscripts TouchWorks EHR can attest using version 11.2 of their software through 2013. As of 2014, users must be on version 11.4.1. Allscripts also uses a cloud-based Stimulus Reporting Portal which will also be upgraded to the 2014 Edition standards, reportedly by the end of February 2014 per the latest information from Allscripts. This gives those attesting for 2013 reporting periods 2 months leeway to run their reports before the cutover.

Regardless of EHR vendor, ensuring EHR technology certified to 2014 Edition criteria is in place, or on its way, is of vital importance to successfully attest for Stage 1 or 2. If you’re not sure the EHR you are using is 2014 compliant, there is no better time than now to check. Vendors may have clients queued up well into 2014 to get onto compliant software versions. There are also a number of technical and operational decisions and changes that will likely be part and parcel of this upgrade, including the transition to ICD-10, which will require careful planning and education that cannot be rushed through. All of this needs to be factored into preparation for attestation in 2014.

Reporting Period Reduced to 90 Days for 2014

The good news is that as part of the 2014 Edition changes, reporting periods were reduced to 90 days (even for those who already attested for Stage 1 and would have been on track for a 365-day reporting period under the 2011 Edition criteria). The intent behind this is to allow providers time to adopt 2014 certified EHR technology.

Attestation plans differ depending upon the first reporting year. If the first reporting year is 2013 or earlier, the reporting period to CMS for MU metrics and Clinical Quality Measures is 90 days in a fixed calendar quarter (e.g. Jan, Feb, Mar). For Eligible Professionals who first demonstrate meaningful use in 2014, any 90-day reporting period can be used within the first 9 months of calendar year 2014, and attestation must occur by October 1, 2014 to avoid payment adjustments in 2015. EPs must continue to demonstrate meaningful use every year thereafter to avoid payment adjustments.

4 out of 5 Menu Objectives No Longer Good Enough

Up to now, it has been common practice to count an exclusion toward the minimum 5 menu objectives (e.g. one of the required public health measures — Immunization Registry or Syndromic Surveillance – in a state where one or both are not operational). Beginning in 2014, if there is another menu objective that can be met, then it must be included rather than claiming the exclusion. There is no penalty if qualifications for exclusion are met for all remaining menu objectives. It may be prudent to prepare for more than 5 menu objectives, if they can be met, so that providers have options should they fall short of meeting the minimum threshold on any objectives.

CMS is replacing Stage 1 objectives for providing electronic copies of and electronic access to health information with objectives to present that information to patients in a way that allows them to view, download, or transmit it online. This change is intended to align these objectives with the updated 2014 capabilities of Certified EHR Technology. It also increases the importance of implementing the means to provide that online access (i.e. Patient Portal), which segues into the focus on Patient Engagement that is part of MU Stage 2 – patients not only have to register for the portal, they have to use it. Prior to the 2014 Edition rule, electronic copies of health information could be downloaded and provided to patients on physical media (e.g. flash drive, CD-ROM), which came with its own cost and workflow considerations.

For a complete list of changes – including changes to CPOE, Electronic Prescribing, Vitals, and discontinuation of the Electronic Exchange of Key Clinical Information objective – check out the Stage 2 Toolkit on CMS.gov.

What Can I Do Today to Prepare for 2014 and Beyond?

If you’ve already attested for Stage 1, keep up the good work and make sure you keep supporting documentation on file should you ever be selected for a Meaningful Use audit. Ensure that your organization is on a 2014 Edition compliant version of your EHR software by searching the ONC’s Certified Health IT Products List here. Make any necessary operational and/or workflow changes in accordance with the 2014 Edition updates. You will need to attest for 90 days of Stage 2 in a fixed calendar quarter in 2014, and a full year in 2015 and 2016 (assuming Stage 3 stays on track for 2017).

For those who will be attesting for the first time in 2014, much of the same advice with the added challenge of making those initial inroads into incorporating MU workflows into the daily lives of clinicians. 2014 will be a 90-day reporting period (with attestation due by October 1, 2014), with a full year of Stage 1 in 2015, and full years of Stage 2 in 2016 and 2017.

In either case, many of the requirements are very nuanced and will require proper guidance to ensure adoption, compliance, and maximum incentive dollars (while avoiding payment reductions).

CMS Meaningful Use Final Rule - What EPs Need to Know

Allscripts TouchWorks EHR: Don’t Outrun Your End Users in the Race for Meaningful Use

CMS Proposed Rule to Extend Meaningful Use Stage 2: Ask yourself these 3 questions 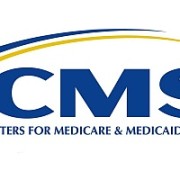 CMS Announces Possible Changes to Meaningful Use in 2015

Meaningful Use e-Referrals in 2015: What You Need to Know